Here’s a short documentary about the Fall Tour I did with Unarmed. It streamed as part of the YouTube Originals special Black Renaissance, alongside segments by Barack and Michelle Obama, Anderson.Paak, Killer Mike, Stacey Abrams, and other luminaries – a great honor. The segment played at the 55-minute mark, directly after a meditation on protest in sports voiced by Jemele Hill. Black Renaissance has now topped 3-million views. 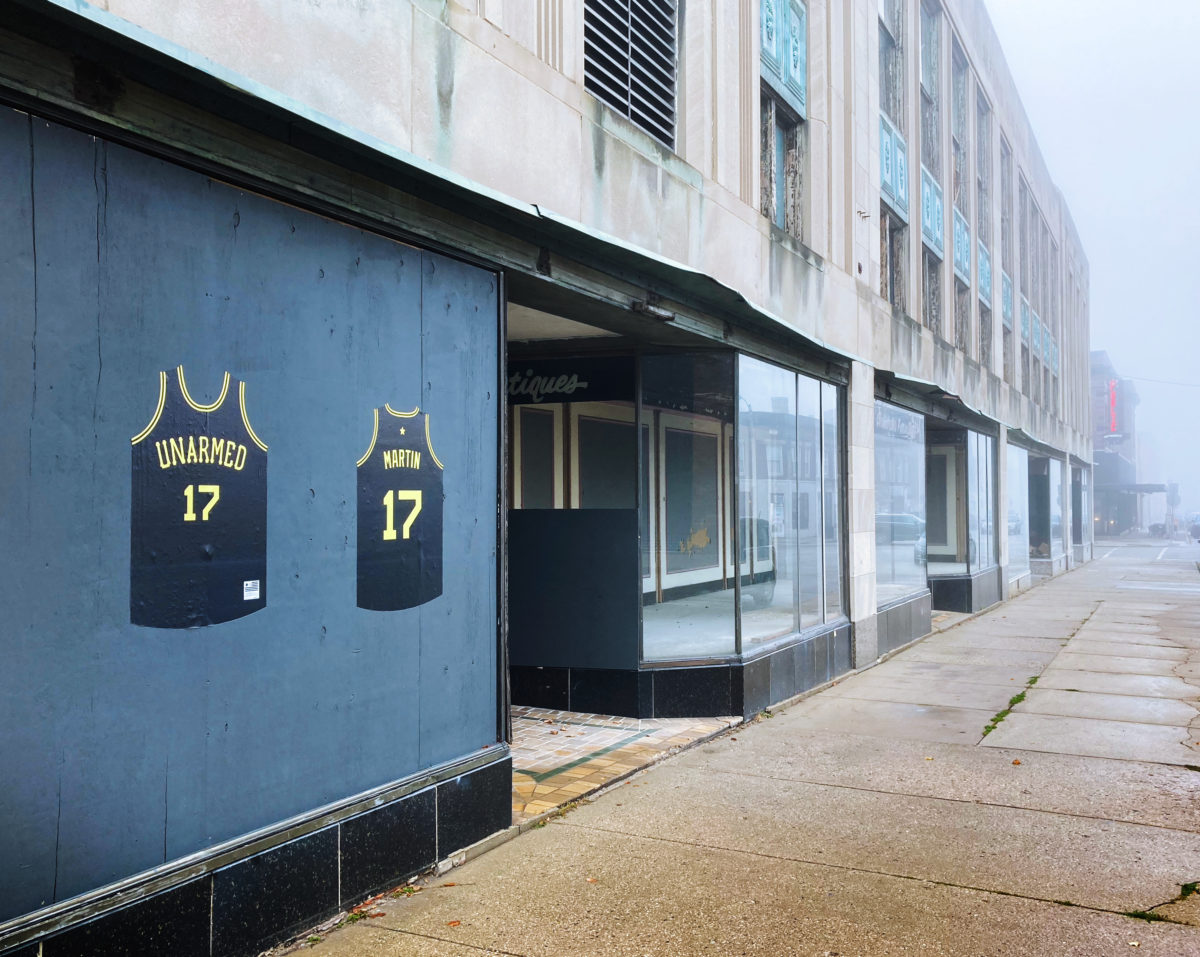 The above image is from Kenosha, WI. The one below is from the Elijah McClain memorial site in Aurora, CO. Less than a minute after I’d installed the print, the guy in the picture made a U-turn and drove up next to me. He called out the window, asking about the jerseys, then turned off his car and walked up to take a closer look. We talked for a few minutes and took some flicks. 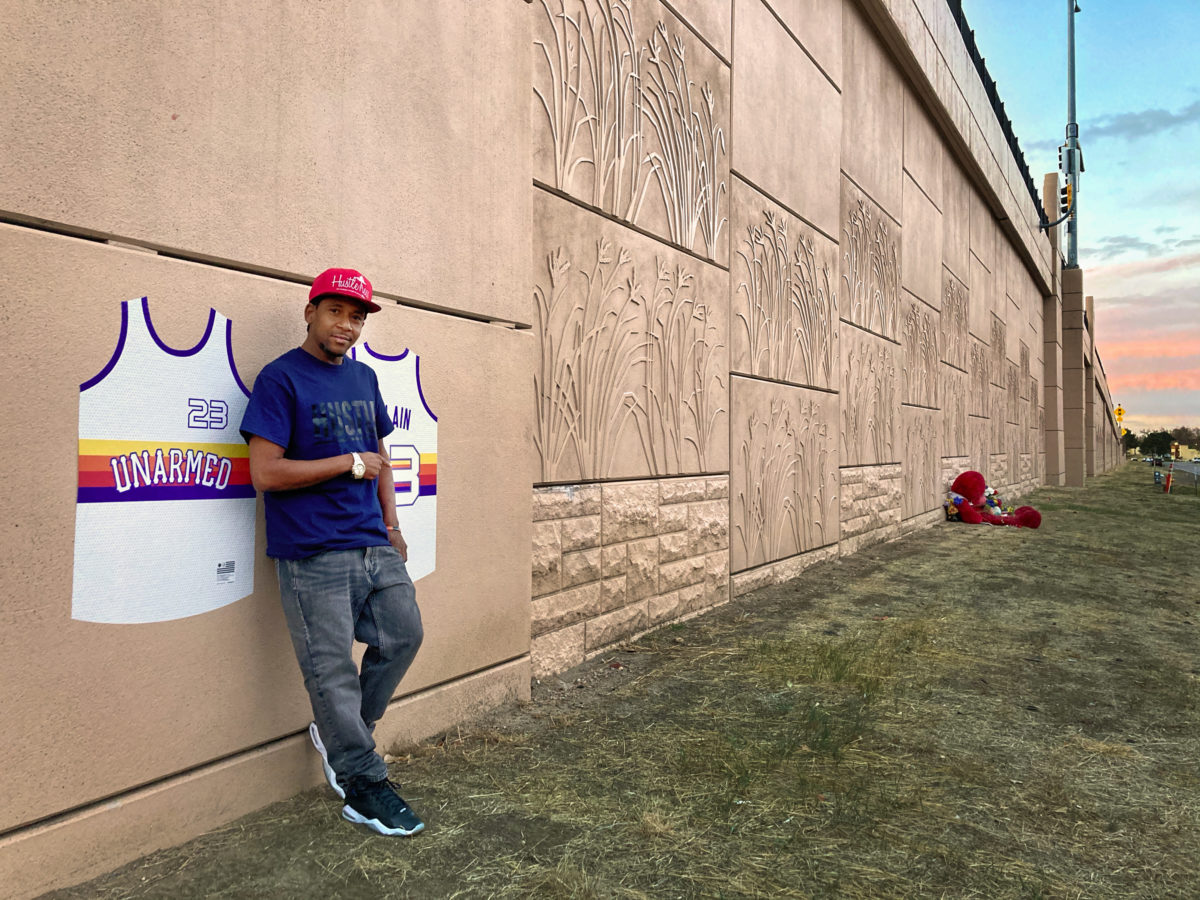 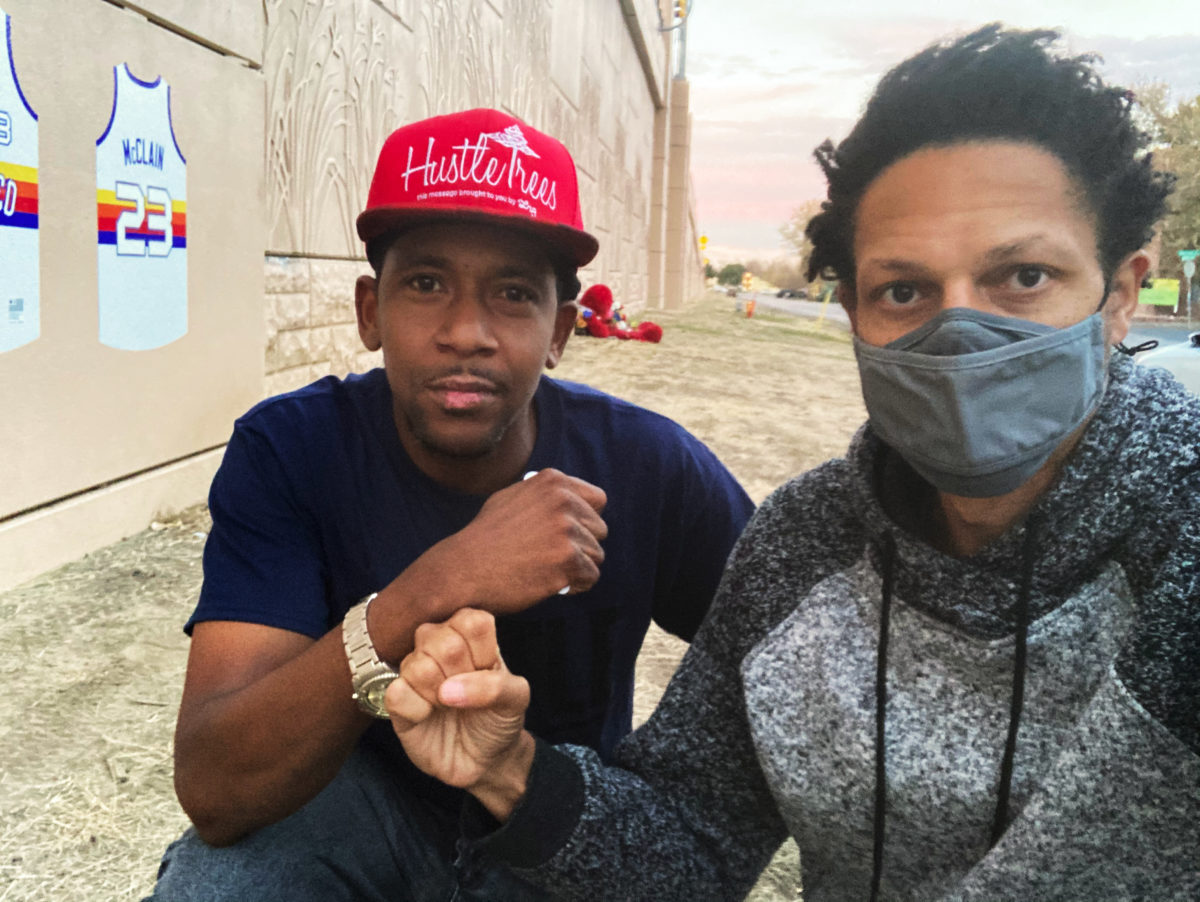 Making the film gave me the opportunity to tell the story of touring the country with Unarmed in a medium that suits the expanse of time spent on the road. It was fun to build a narrative out of so many disparate sources: news clips about the project, scanned pictures from childhood, iPhone footage from the Tour, and a scene filmed on a cinema-quality camera starring the dancer/choreographer Edgar L. Page, which we filmed inside the Unarmed show at Leon Gallery. In one scene Edgar wore the hoodie we released in conjunction with the show. Edgar is also the first person to be photographed wearing an Unarmed jersey. It gave me a special jolt of adrenaline seeing the garment in motion after so many years of working with the designs in two dimensions. 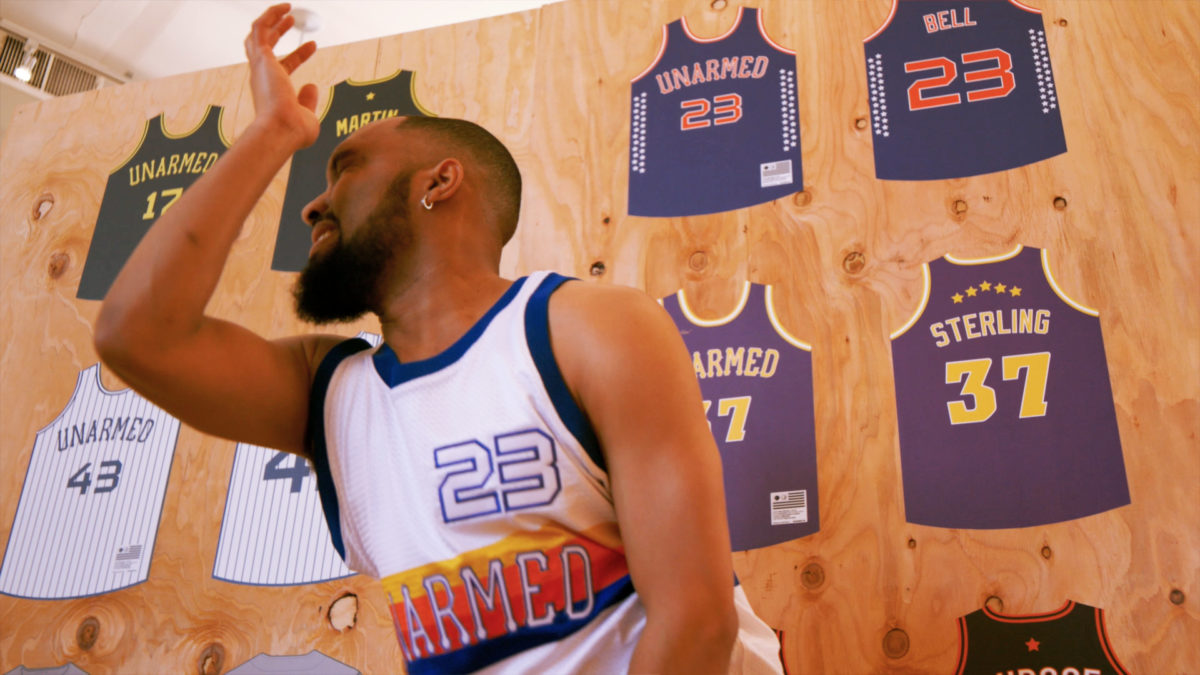 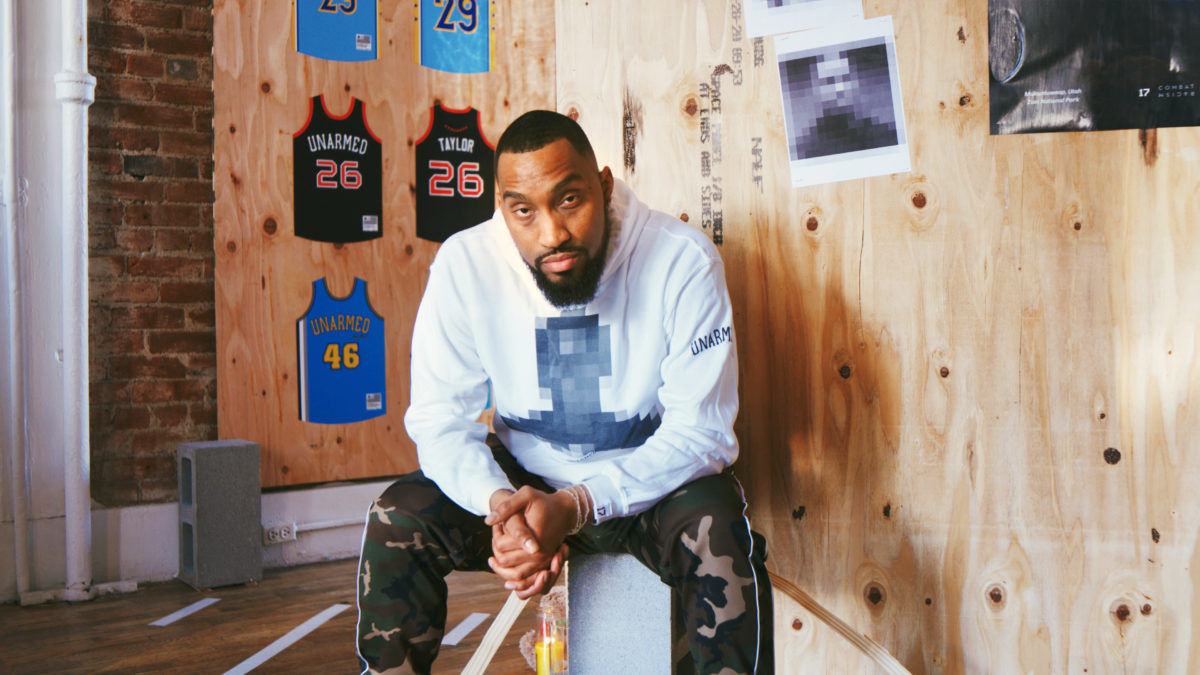 Working seamlessly with multiple footage textures is something I first learned to appreciate while editing the documentary Rock Rubber 45s for Bobbito Garcia. Weaving. At the end I even snuck in a great shot from my trip through the Southwest.

An inside joke I have with a couple friends who both direct and edit films is that we’re “dangerous on the timeline.” Telling stories in film is becoming like writing in a journal. The letters are sometimes a little crooked, the handwriting can be shaky, but the words are flowing.