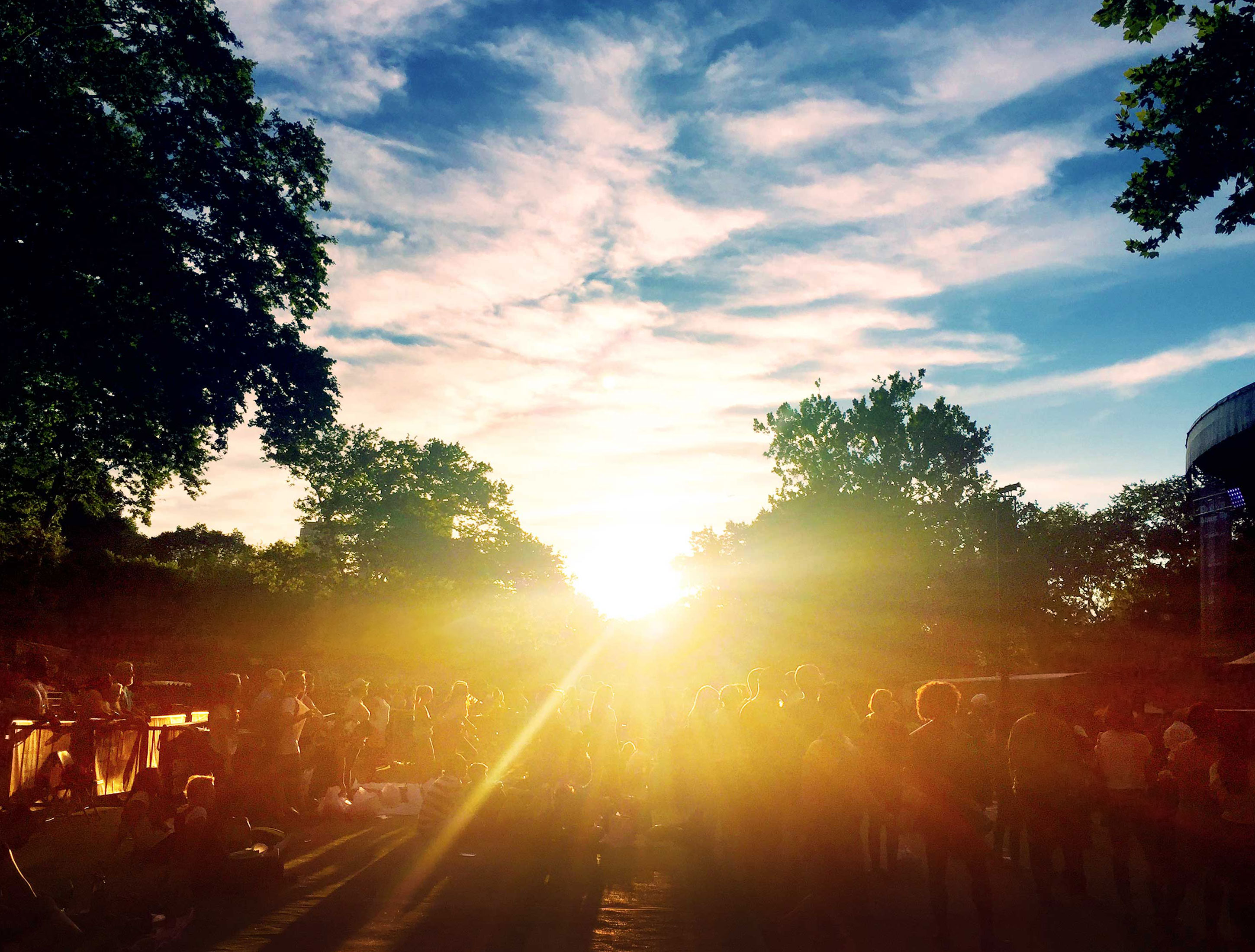 This shot is from before the screening of Rock Rubber 45s last night in Central Park.

When I was in college there was an amazing scene on campus. A kind of pan-ethnic people-of-color thang that looked like Heaven to me. But once I got out in the “real world” I couldn’t find anything else like it. I spent years looking for bars, clubs and events that resembled the simple, functional way that people I knew from different backgrounds were able to hang out. People would say, “the real world isn’t like that.” They’d tell me to stop looking for that place.

Rock Rubber 45s is the story of one person’s life. Bobbito’s life, his ups and downs, heartbreaks and successes. And yet, onscreen in interviews, talking, you see a black woman, asian woman, white woman, latin woman, black man, asian man, white man, latin man. You see the rainbow. You see people. Not as part of some cookie-cutter, paint-by-numbers scheme, but because those are the people who were there. Those are the people we needed to tell the stories. I don’t know if anyone will notice or even care that the film is constructed out of such a disparate group of voices. But I noticed, and it matters to me.

Coming to Central Park for the screening, I knew that scene would show up in force, in full color. The scene I’d been looking for since college, the scene you’d find at APT and Bar Sputnik and just a handfull of other places. I wasn’t disappointed. This is not to say that any one scene actually is a panacea. There are the trappings, the annoyances, the quirks. But, damn. I bet this crew has a better chance of saving the world than most.

—
Update:  Rock Rubber 45s was just chosen as an NYTimes Critics Pick! The film has its theatrical premiere at the Metrograph this week and is scheduled for a run at the Maysles Documentary Center uptown in July. I’ll be doing a post-screening Q&A July 10th.