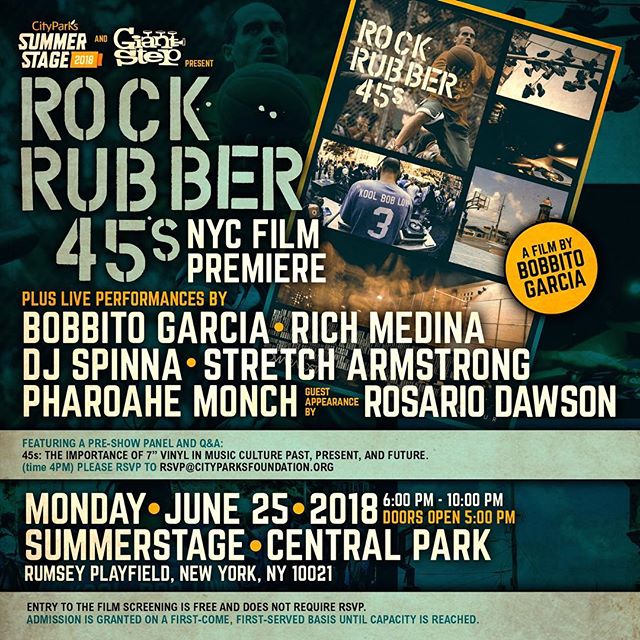 Over the past year or so I’ve had the privilege to serve as the editor for the feature-length documentary Rock Rubber 45s. The film tells the life story of iconic New Yorker (and one of my personal heroes) Bobbito Garcia, aka Kool bob Love, who directed it as well. I think it’s an important story about perseverance and following your intuition. It was an inspiration to wake up each day and figure out how to help best tell Bobbito’s unique story. The soundtrack is killer, too.

The film had its US Premiere at the Kennedy Center in DC and plays in New York for the first time at SummerStage. For most of my career, I’ve wanted to make intelligent filmed content targeted at a hip-hop audience. In just the past few months I’ve been lucky to have a hand in two projects with just that aim. Take a look.