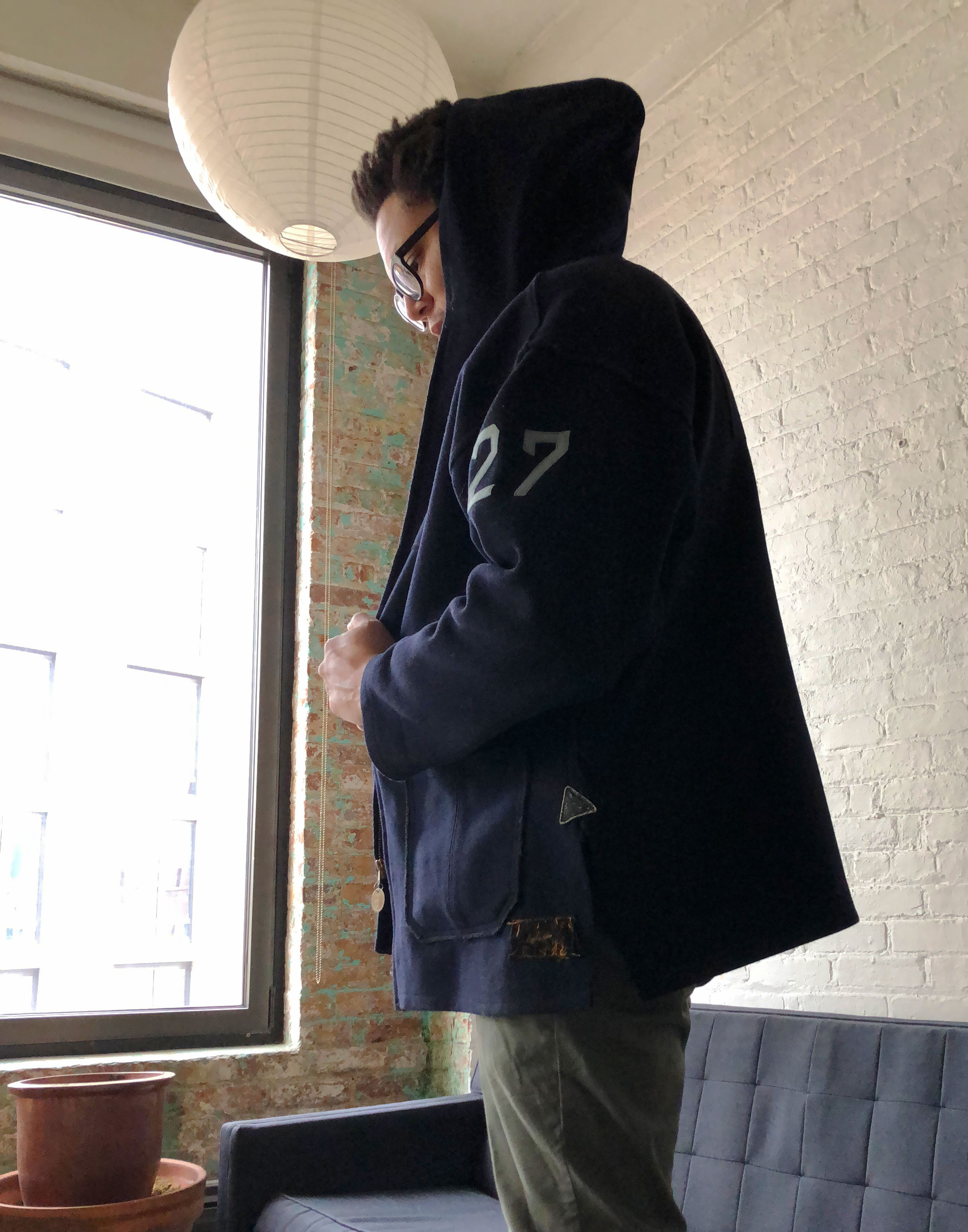 This is my grandfather’s Columbia University football jacket. It’s about ninety years old. I wore it for the first time Sunday and have scarcely taken it off since. It makes me feel invincible.

In 1931 Manuel Rivero was the star halfback for the Lions. At the time, many college football coaches observed what they called the “gentleman’s agreement,” which meant if one coach had a black player and the other didn’t, then the “gentleman” coach wouldn’t play his black player that game. Fuck manners. My grandfather’s teammates found out about it on the train to a game and told the coach that they wouldn’t play either. It’s because of that game and others like it where teammates, allies, stood up against racism that black players were allowed to play college football. 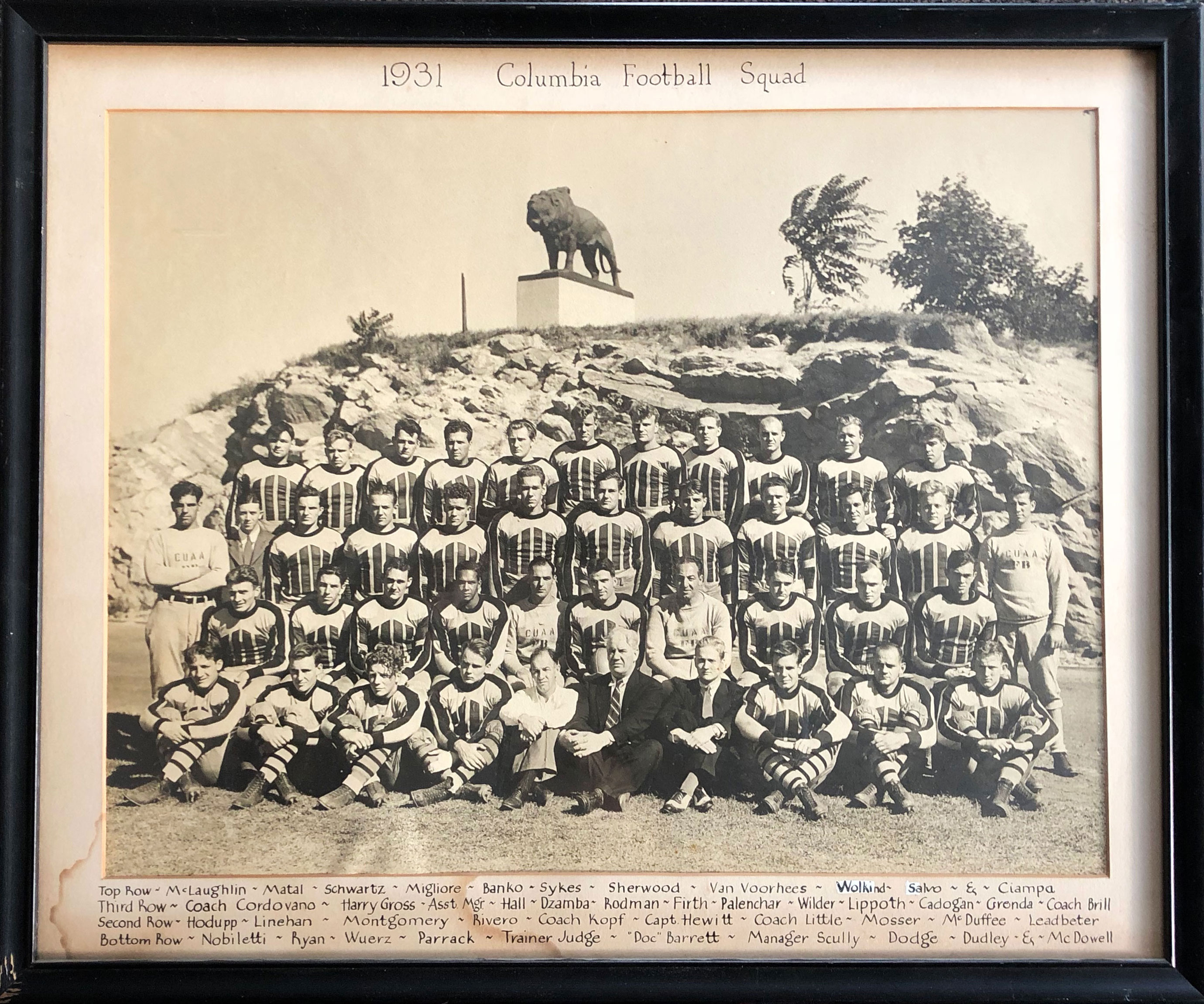 Football was my favorite sport as a kid and my dream was to play quarterback in the NFL. Now I don’t even watch football because of Colin Kaepernick and concussions. 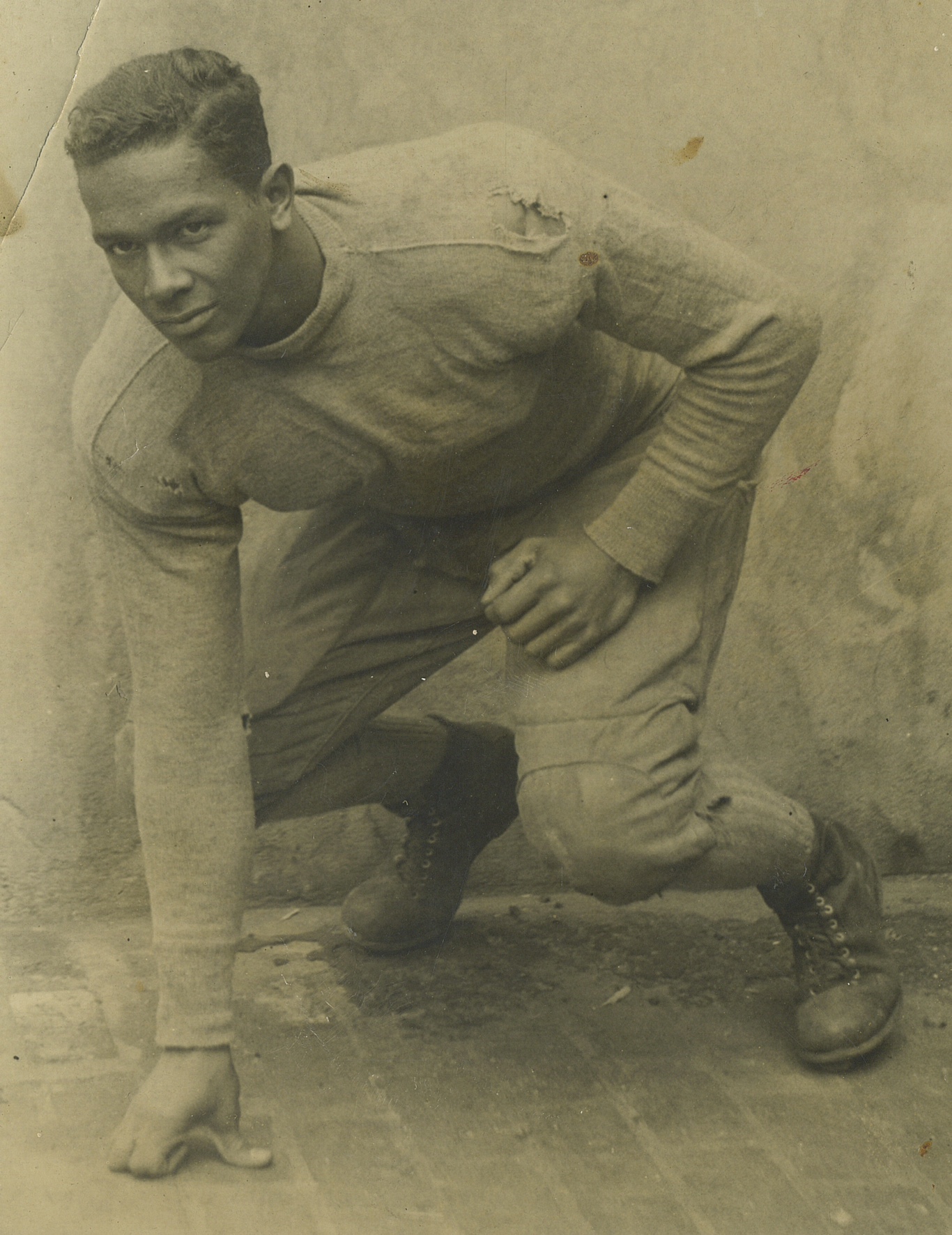 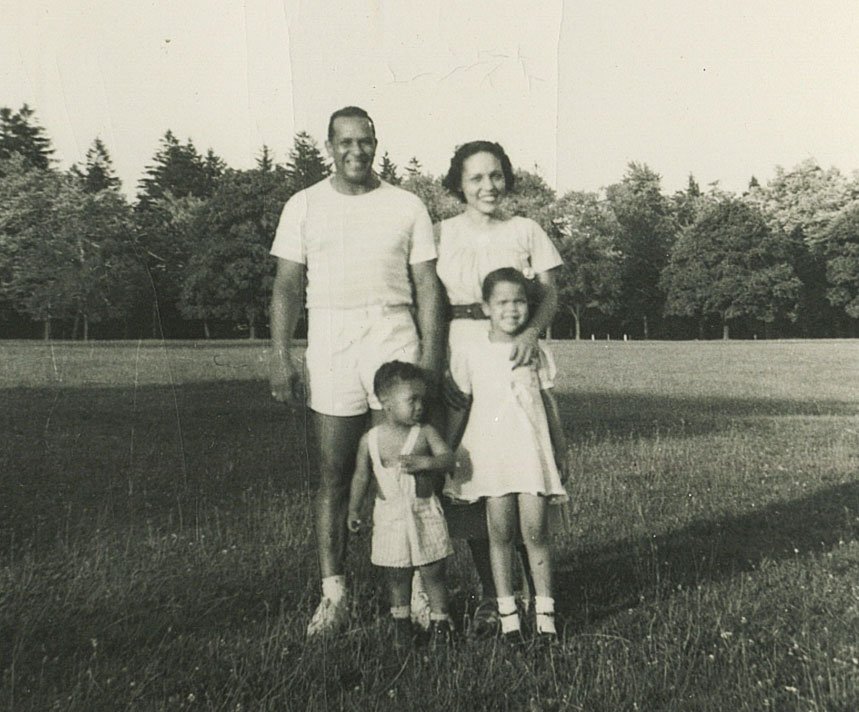 My grandfather was consistent. He watched Wheel of Fortune every day. He also socked away a hundred dollars in a Merrill Lynch account every month for decades and that’s how my mom was able to afford sending me to an Ivy League school. If need-blind admissions had been in place maybe I wouldn’t have gotten in. My grandmother, Grace, used to tell stories about how she had other suitors, “but that Rivero fella kept hanging around.” She’d been a professor and spoke the most beautiful English you’d ever hear in your life.

When I was eight Lincoln University named its gymnasium Manuel Rivero Hall. Both grandparents taught there for over forty years. I wore my Raiders jacket to the ceremony.

In the film Bladerunner, digital characters think they’re real because of the photos they possess, their memories. In this digital simulacrum I share my memories with you. 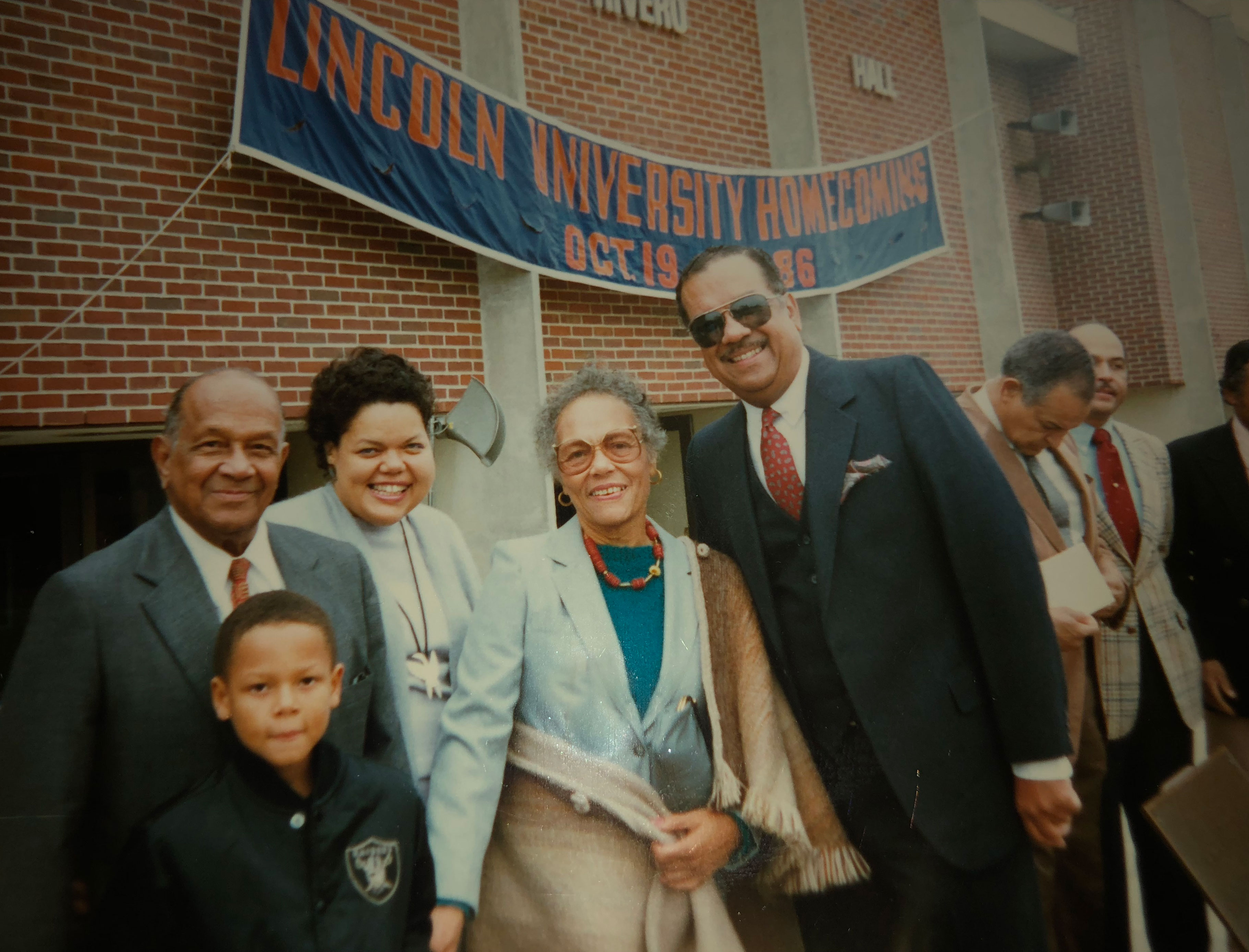 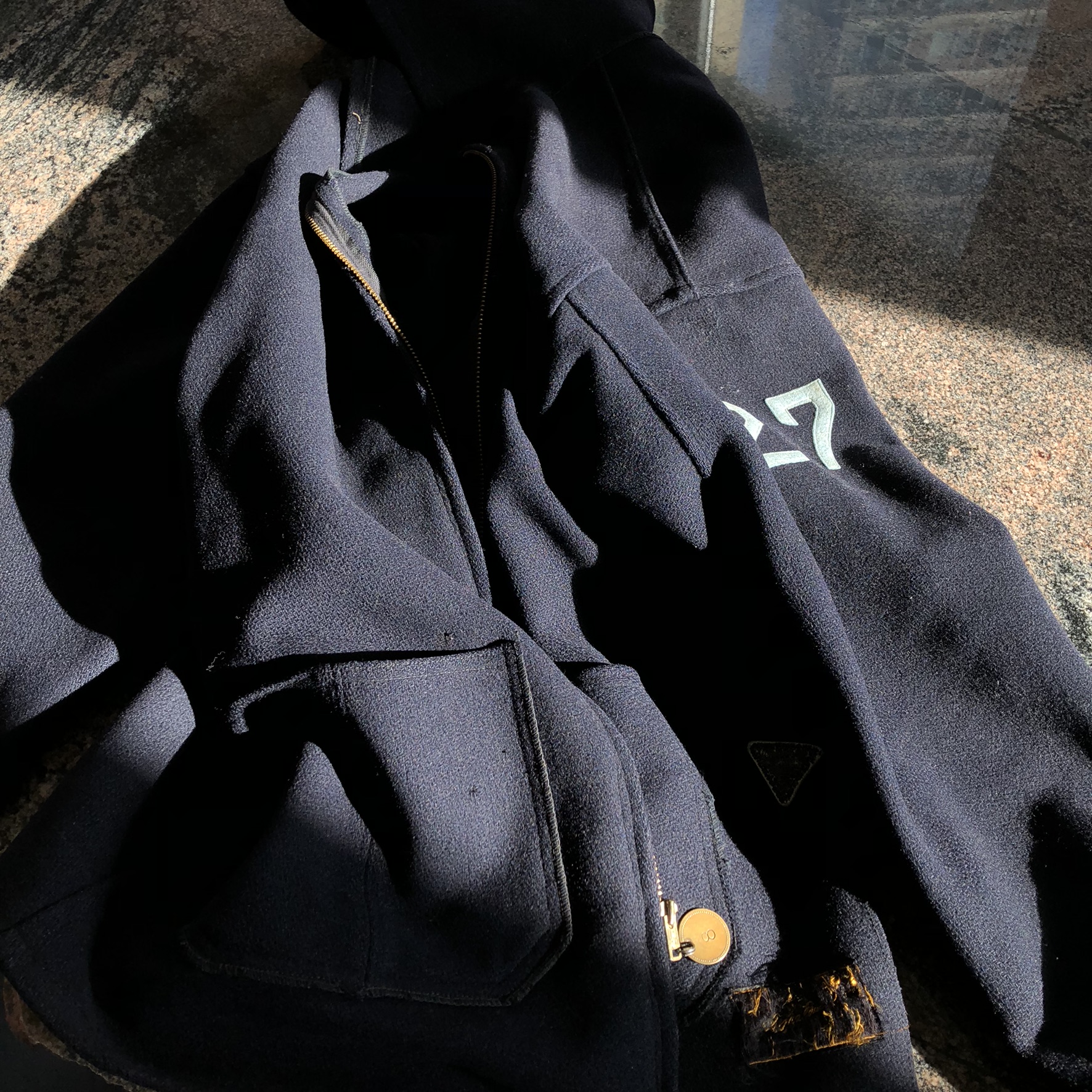 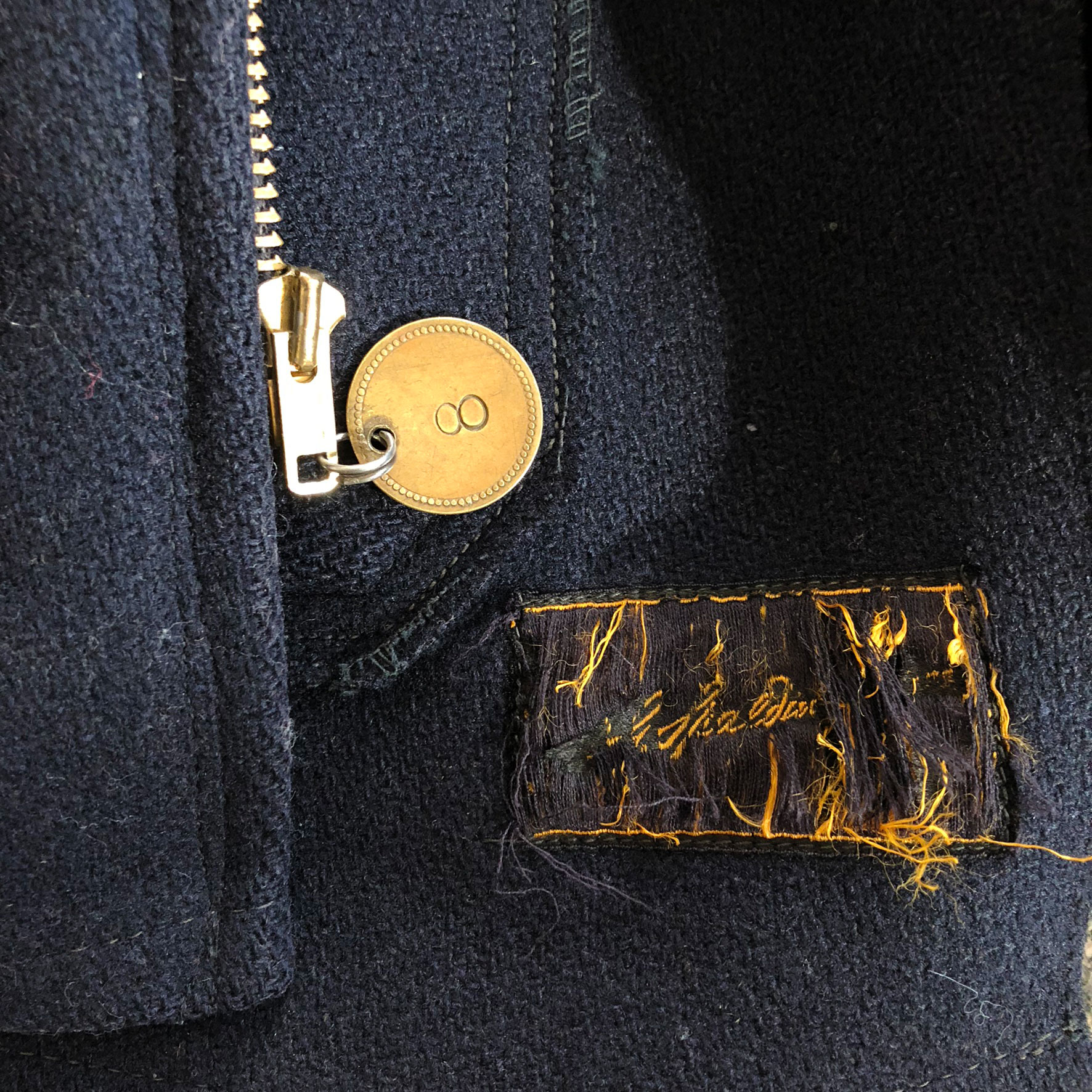 Around high school my dream changed from playing football, to making movies. I’m working on a new film now, a short. You’ll probably hear me say something about it around these parts. I think being a film director is about the closest job there is to being a quarterback. And for the next few weeks I get to live out my dream a little bit. I have my grandfather to thank for some of that. And you’d best believe I’m wearing his football jacket every single day.