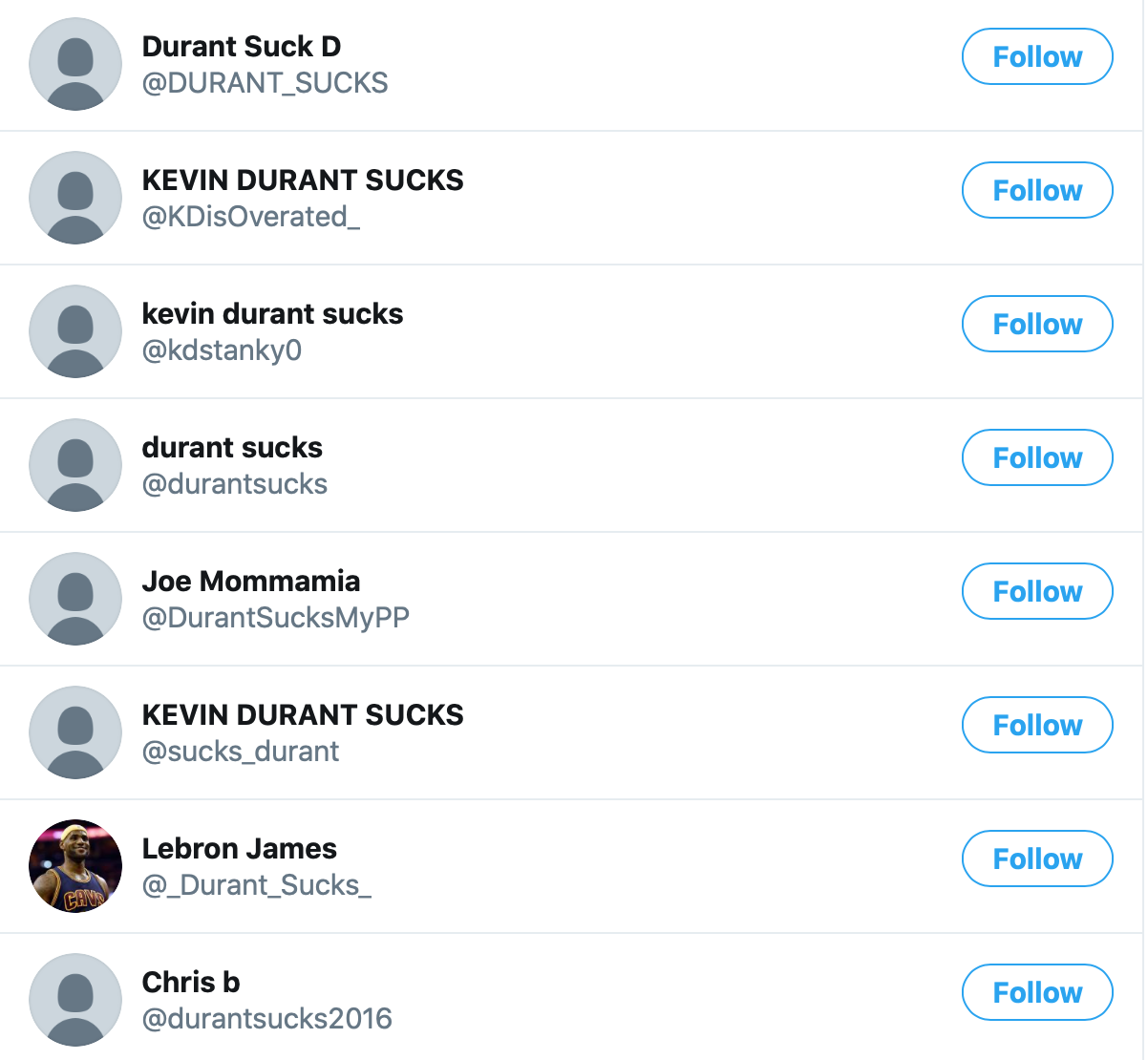 In the 20th century the two biggest crashes in our collective memory were the Hindenburg and the Titanic. A potent stew of hubris, mechanical failure, and bad luck doomed both enterprises. The two largest collapses in the 2010s were cultural: the Golden State Warriors hegemony in basketball, and Game of Thrones, a television program whose final season is as memorable for the viral petition demanding it be re-written as for the fate of the Iron Throne.

In both cases, though the familiar swirl of hubris and bad luck played their component parts, it was the Internet that pushed the two juggernauts over the edge. Durant, known off the court as a tech afficianado and investor, was eventually outed for keeping at least 5 “burner” acccounts on social media that he used to fight back against the haters. Game of Thrones showrunners David Benioff and D.B. Weiss keep relatively low profiles, but the maelstrom of attention surrounding the show became impossible to avoid â€“ nearly every major publication dedicated a writer to cover it, most expanded coverage to include multiple writers, chats, “precaps,” etc.

The twin phenomena of the Golden State Warriors and Thrones were fueled by technology. In a March 2016 profile for the New York Times Magazine, Joe Lacob, Warriors co-owner and famed venture capitalist, claimed that his team was “light years ahead” of the competition due to its newfangled, tech-aided understanding of the game. Indeed, the Warriors won three out of five NBA championships to end the 2010s. Similarly, Thrones, which started with a niche fanbase, became a pop sensation in part because of the viral success of YouTube reaction videos to the infamous Red Wedding scene in season 3.

But it was the cacophony of social media pressuring Durant to play when he was hurt, pressuring the Thrones writers into “fan service” that ultimately undid years of work that had gone into the mastery of their respective crafts. Durant, sidelined while recovering from his Achilles rupture, has resumed clapping back at online critics, this time under his own name. The Warriors are in last place without him. Benioff and Weiss had an in-development HBO series and Star Wars trilogy cancelled in the aftermath to the Thrones finale. Soon enough both the player and writers will be back in our collective consciousness, no doubt changed by their ride at what Durant once termed, “the top of things.”

The ephemeral bytes that make up each tweeted insult and jab can, in their aggregate form, amass actual weight in the physical world. At least a thousand pounds.